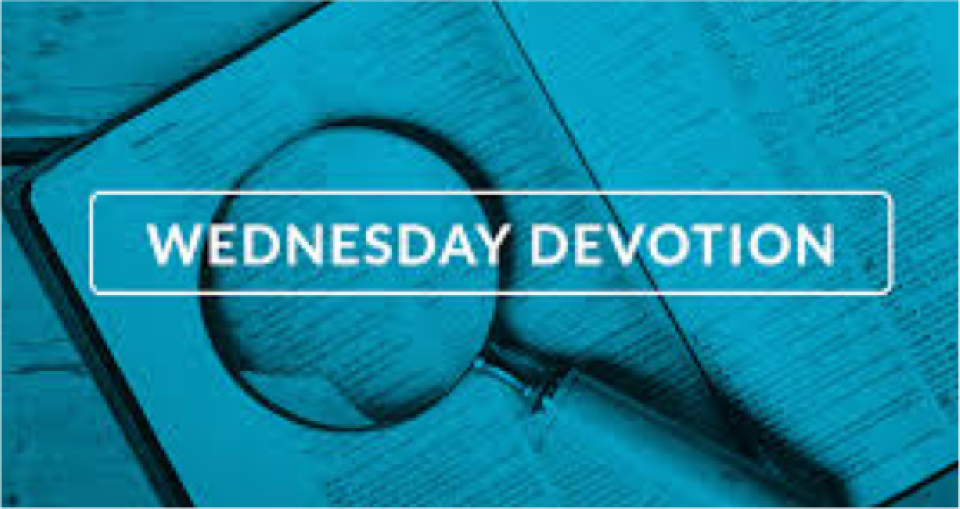 A few years after I started school, an educational trend began to sweep the county.  It was called “the new math.”  Now it wasn’t really “new” math, because 2+2 still equaled 4, and 25 x 25 was still 625, but it was a new approach to the same old subject.  The method of teaching mathematics and learning the old, time-honored principles had been enhanced and educators touted the new math as easier to learn and more readily applied than the old way.

Now, I’m not really a math whiz.  In fact, the last math class I took in high school I just barely passed and I stayed away from it in college completely.  But I do really appreciate the way the foundational truths of math are unalterable.  That is, 2+2 always = 4.  Anything multiplied by 1 always equals itself.  And anything multiplied by zero always equals zero!  That’s true because God created the foundations of math and built the universe on mathematical principles that never change . . . unless He says so.

When he says so, it’s because he wants to demonstrate His power, His glory, and His ultimate authority as Creator-King of the universe.  And that’s where God’s math comes into play.  By way of example, here’s a short list of five biblical math problems:

Luke 9:12-17 (NKJV) 12 When the day began to wear away, the twelve came and said to Him, "Send the multitude away, that they may go into the surrounding towns and country, and lodge and get provisions; for we are in a deserted place here." 13 But He said to them, "You give them something to eat." And they said, "We have no more than five loaves and two fish, unless we go and buy food for all these people." 14 For there were about five thousand men. Then He said to His disciples, "Make them sit down in groups of fifty." 15 And they did so, and made them all sit down. 16 Then He took the five loaves and the two fish, and looking up to heaven, He blessed and broke them, and gave them to the disciples to set before the multitude. 17 So they all ate and were filled, and twelve baskets of the leftover fragments were taken up by them.

Judges 7:2-8 (NKJV) 2 And the LORD said to Gideon, "The people who are with you are too many for Me to give the Midianites into their hands, lest Israel claim glory for itself against Me, saying, 'My own hand has saved me.' 3 Now therefore, proclaim in the hearing of the people, saying, 'Whoever is fearful and afraid, let him turn and depart at once from Mount Gilead.' " And twenty-two thousand of the people returned, and ten thousand remained. 4 But the LORD said to Gideon, "The people are still too many; bring them down to the water, and I will test them for you there. Then it will be, that of whom I say to you, 'This one shall go with you,' the same shall go with you; and of whomever I say to you, 'This one shall not go with you,' the same shall not go." 5 So he brought the people down to the water. And the LORD said to Gideon, "Everyone who laps from the water with his tongue, as a dog laps, you shall set apart by himself; likewise everyone who gets down on his knees to drink." 6 And the number of those who lapped, putting their hand to their mouth, was three hundred men; but all the rest of the people got down on their knees to drink water. 7 Then the LORD said to Gideon, "By the three hundred men who lapped I will save you, and deliver the Midianites into your hand. Let all the other people go, every man to his place." 8 So the people took provisions and their trumpets in their hands. And he sent away all the rest of Israel, every man to his tent, and retained those three hundred men. Now the camp of Midian was below him in the valley.

John 11:41-44 (NKJV) 41 Then they took away the stone from the place where the dead man was lying. And Jesus lifted up His eyes and said, "Father, I thank You that You have heard Me. 42 And I know that You always hear Me, but because of the people who are standing by I said this, that they may believe that You sent Me." 43 Now when He had said these things, He cried with a loud voice, "Lazarus, come forth!" 44 And he who had died came out bound hand and foot with graveclothes, and his face was wrapped with a cloth. Jesus said to them, "Loose him, and let him go."

Daniel 3:22-25 (NKJV) 22 Therefore, because the king's command was urgent, and the furnace exceedingly hot, the flame of the fire killed those men who took up Shadrach, Meshach, and Abed-Nego. 23 And these three men, Shadrach, Meshach, and Abed-Nego, fell down bound into the midst of the burning fiery furnace. 24 Then King Nebuchadnezzar was astonished; and he rose in haste and spoke, saying to his counselors, "Did we not cast three men bound into the midst of the fire?" They answered and said to the king, "True, O king." 25 "Look!" he answered, "I see four men loose, walking in the midst of the fire; and they are not hurt, and the form of the fourth is like the Son of God."

Acts 7:59 – 8:4 (NKJV) 59 And they stoned Stephen as he was calling on God and saying, "Lord Jesus, receive my spirit." 60 Then he knelt down and cried out with a loud voice, "Lord, do not charge them with this sin." And when he had said this, he fell asleep. 8:11 Now Saul was consenting to his death. At that time a great persecution arose against the church which was at Jerusalem; and they were all scattered throughout the regions of Judea and Samaria, except the apostles. 2 And devout men carried Stephen to his burial, and made great lamentation over him. 3 As for Saul, he made havoc of the church, entering every house, and dragging off men and women, committing them to prison. 4 Therefore those who were scattered went everywhere preaching the word.


When I consider that the One who created every mathematical table and property also suspended the stars and planets in space in an exquisite mathematical sequence of movement and rotation, it isn’t that hard for me to understand how He can take any one of those principles at any time He pleases and stand it on its ear for a while, just to show us how great He truly is!

And then it becomes even easier for me to trust Him to provide when my financial need looks outrageously mathematically impossible.  It becomes easier for me to see how just three or four people praying one day can turn into hundreds or thousands on their faces before God the next!  It becomes so much easier for me to see that when there just isn’t enough time to accomplish a task that looks overwhelming, God can intervene and add, subtract, multiply or divide things at just the right time so that it all works out perfectly!

I hope you are as encouraged as I am as I recall God’s marvelous works and realize that He loves you and me as much as any of those mentioned in his word.  Know that He will certainly intervene on your behalf if you believe and trust him to do so.  You have your doubts?  Just do the math!